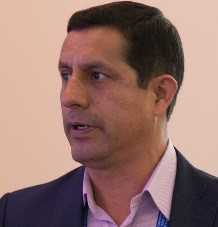 Abstract: Currently, the software handled by hackers is the main one to tackle a series of empirical knowledge, with these software attacking and helping organizations. The main objective is to analyze and systematize the software that is detected by hackers and crackers, in order to prevent risks and study the tactical levels and strategies for a given process. The analytical method is used in this investigation, for the study or analysis of the offensive software structure in public organizations. The results obtained from this research were an attack launching algorithm, software prototype taken by hackers, massive obfuscation model, and quantitative encryption model. It was concluded that piracy tools are used for preventive prevention and systems aggression, that is, to be defensive or offensive for a period of time, throughout an attack cycle.


Biography: MOISÉS TOAPANTA is professor on of Computer Science at the Salesian Polytechnic University, Guayaquil, Ecuador. Coordinator research group: “Computing, Security and Information Technology for a Globalized World” “CSITGW”. He is an evaluator and accredited researcher of the Senescyt with No. REG-INV. 16-01530. He is a Computer Science Engineer. He obtained his MSc. In ICT at the National Polytechnic School. He completed his doctoral stay at the Department of Information Technology and Communications of the Polytechnic University of Cartagena UPCT, Spain. He obtained the degree of PhD. In Information Technology at the University of Guadalajara, Mexico. Dr. Toapanta is a reviewer and member of the scientific committee of several journal Q1, Q2, Q4 and conferences in the area of ICT, Engineering’s, and Computer Science. He has held scientific conferences in the area of ICT in several countries in the Americas, Europe, Asia; He has published 84 scientific articles in journals, database and conference proceedings of the IEEE Xplore Digital Library, ScienceDirect, Springer, ACM Digital Library, ProQuest others among indexed in Scimago, Scopus, EI Compendex, Web of Science. He has 29 years of experience in the ICT area, he has held important positions at the operational, tactical and strategic levels in public and private companies in Ecuador, Colombia and Peru such as: Informatics Directorate of the Ecuador Navy, Computing Center of the Command of the Armed Forces of Ecuador, Informatics Directorate of the Municipality of the Metropolitan District of Quito, Computing Center General Comptroller of the State, Information Technology Advisory Communications Maintenance and Commercialization S.A. He has advised, developed and implemented several projects in the area of ICT, Engineering’s, and Computer Science at national and international level for 10 years.
His research areas are: Strategic alignment of ICT, Distributed systems, Networks, Security and cryptography, Cybersecurity, Cyberbullying, Blockchain technologies and applications.